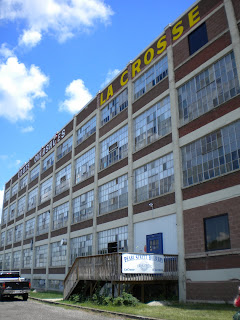 We've talked a little recently about the new addition to the Madison-area retailers, Pearl Street Brewery. Over the weekend, MBR stopped in to the brewery to have a look around. Tucked into a shoe factory, a laid-back atmosphere in a modern industrial tasting room adjacent to the brewery, beers are inexpensive and the ping-pong is free. 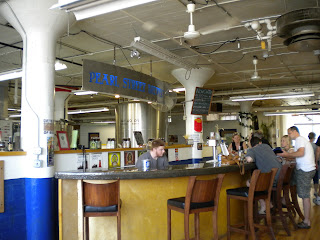 A new addition to the lineup, is a smoked porter with crushed hemp seed steeped in the mash. Thick, but easy-drinking, the smoke is pronounced but not meaty and the hemp provides a woody, tart graininess. Also on tap was the Dankenstein IPA, a big, bitter beer that isn't really overpowering on the citrus, but provides a mouth-puckering finish. 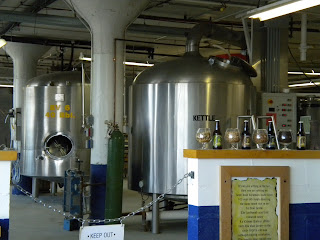 As far as we got for a brewery tour. Unfortunately, the only person around was the bartender and, well, the bar was kind of full. Oh well. Looks like a brewery from here.

I just heard that there are going to be tastings of Pearl Street beer at Star Liquor and the Steve's on Mineral Point here in Madison on June 26th from 4-7.
Labels: dankenstein, hemp seed, pearl street brewery