Medieval Feast at The Grumpy Troll 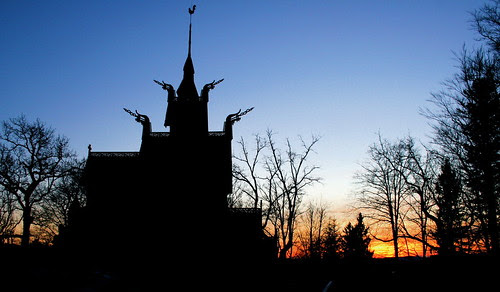 The Grumpy Troll is having a medieval-themed beer dinner on Thursday, January 22nd. Cost is $50 per person. Yeah, it seems like a lot. But, for your money, what do you get? Six Courses. Not to mention beers paired with each course. As a new twist, for this beer dinner brewmaster Mark Duchow brewed a beer specially for the dinner; it will be released at the dinner and only the small that is left will be put on tap for the general public. This dinner will feature a steinbier to bring you the taste of peasant Bavaria in the mid-1100s.

I was able to ask The Captain a little about this dinner and the stein beer that he is brewing for it.

MBR: So, how did the steinbier turn out?
Mark Duchow (MD): It turned out just as I hoped. I fermented the beer in three different bourbon barrels, two with a British ale and one with a Belgian Golden ale. The Belgian needs a little age to get the full character of the beer, but the two British are just perfect. The beer is starting to pull a hint of the barrel, woody/vanilla and the flavor and aroma has a wonderful caramel/toffee running through it.

MBR: Can you describe how you made it and some of the ingredients?
MD: The base malt I used was Briess Bonlander Munich. This malt has a rich toffee/biscuit character that would match the effects of the super heated stones, hint of smoke/toffee/caramel. The process was a little complex, first I had to heat several rock to around 1500 degrees Fahrenheit, carry the super heated rock to the wort drop them in without incident and transfer the wort back into the brew kettle. This whole process took a little luck and a lot of planning.

MBR: What stein beers did you look at/taste to model yours after?
MD: Stein Beer originated in the Alpine regions of Europe where the rocks needed, (“Graywacke” a dark sandstone that resists shattering under the great stresses of super heating and quick cooling), where easily quarried and transported to the breweries. Unfortunately, for the style, by the start of the 20th century, most-of-all the stein breweries had fell to the way of modern brewing techniques.

About 8 or 9 years ago Tom Porter [ed note: Mr. Porter is the brewer of Lake Louie] had brewed a Stein beer for the Great Taste of the Midwest. It was a very impressive beer and he has a good story to go along with it. I would say that Tom's beer sent me on the quest to produce a stein beer for The Troll. This wonderfully unique style of beer may have been forgotten in the pages of history if it wasn’t for the Rauchenfels Brewery in Marktoberdorf, Bavaria back in 1982 where they revised the technique and you can buy their beer today. I was also lucky enough to be in Kentucky recently so I took the opportunity to drop by Bosco’s Brewpub and try their version of the style.

MBR: How do you differentiate your stein from, say, an oktober/marzen or a vienna or a dark or even a simple bock?
MD: What make this beer different from all other beers is the process of dropping super heated rock into the wort. In doing so the rocks quickly caramelize sugars to the point in which a cauldron of smoke and steam rises out of the vessel and the air fills with sweet malty steam and 20 minutes later the rock where still boiling the wort. This whole process took place outside in our parking lot. This process it is one of the oldest ways of making beer dating back before the time Rome fell. The flavor is caramel/toffee and since it was fermented in wood it also picked up the character of the barrel, very unique beer. 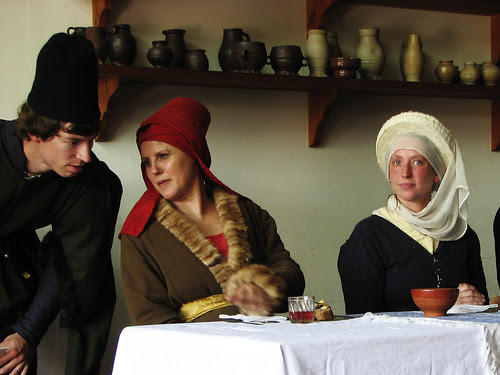 MBR: Anything new coming down the pike?
MD: I am not sure if you know we have twelve beers on tap along with one cask conditioned beer. We have been having a little trouble with our website lately so getting info from that source is a little difficult. Beers coming on line are Curly Peated Scotch ale, Monk Sweat Belgian Golden ale a British styled IPA, along with several more. We plan to keep six and rotate six on our tap system.

In March we are getting together with the Madison Homebrewers and Tasters Guild for a homebrew competition, the winners, up to six, will join me to brew their beer at the Troll so we can feature it on tap. In February we plan to open our pizza restaurant in our upstairs..... It is just like having two brewpubs in one.