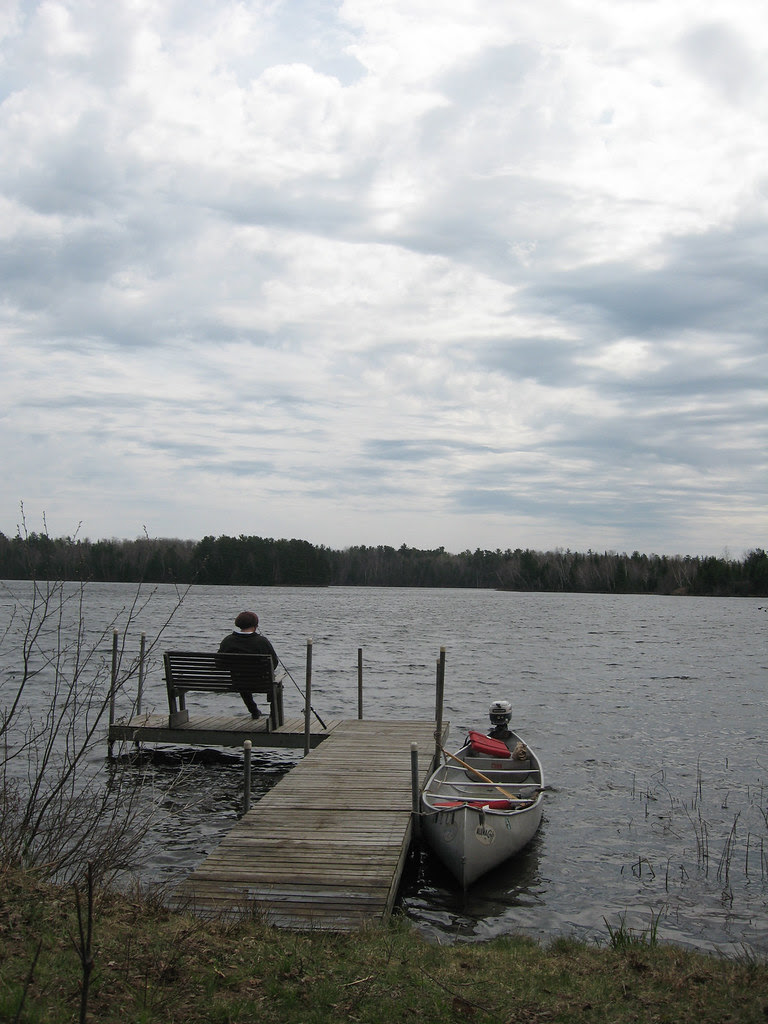 One of the great things about the state of Wisconsin is that there are breweries everywhere. Including such far away and remote places as Minocqua. Three and a half hours north of Madison, Minocqua (pop. 4900) is a summer and vacation haven for many of the Southern Wisconsinites and Northern Ill-Annoyings; its downtown is situated on a quasi-island, peninsula-thing for God's sake - it doesn't get any vacationier than that.

On that quasi-island/peninsula-thing is Minocqua Brewing Company. What? You're surprised that there's a brewpub in a Wisconsin tourist town? What might surprise you is that it's really good; unlike another brew-pub that will remain nameless in the Dells. Or the other halfway decent brewpub in that other place.

The problem with these tourist-trap brewpubs isn't that they aren't any good. They are perfectly fine. Generally they make drinkable beer that is worthy of your vacation dollars. But that's the thing. We so associate these beers with the good times that we are having on vacation that we impose those good times on the beers themselves. That Leinies Sunset Wheat that we drink in Black River Falls while fishing and hunting with our buddies becomes the greatest beer ever. That pitcher of Shipwrecked Captains Copper becomes the beer that you and the couples you are on vacation with cherish forever. But, if you remove the memories from the beer, what you are left with is, often, not very good beer. Not to belittle the beers or others tastes in them - I'm a firm believer that you like what you like - but these types of beers in particular, because of the strong emotions attached to them, sometimes cloud our judgment. 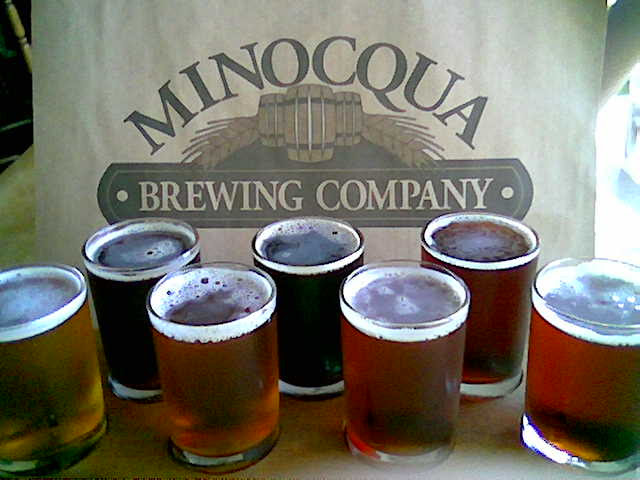 The only way to remove the memories, is to remove the beer from the place of the memories and give them to strangers and get their opinion. So, we have before you today Minocqua Brewing Company's Wild Rice Lager. It is a beer that you can order by the pitcher or growler and share with your buddies on or after a fishing excursion on the many lakes surround Minocqua. In other words, it is one of those beers that seems like it could destined for stories that will last lifetimes.

Minocqua Brewing Company Wild Rice Lager
Appearance: a coppery, well carbonated body with thin off-whitish head that settles quickly
Aroma: very light aroma of malt and some huskiness or earthiness; perhaps a very light hoppy brightness on the end
Flavor: well carbonated and surprisingly full-bodied, an earthy sweetness; the rice flavor definitely comes through as a noticeable toastiness that is not due to toasted malts; some grassy hops clean up the flavor a bit
Body: for what one would think might be a lighter-bodied beer, this is surprisingly full-bodied (which makes it, in the grand scheme of things, I guess, medium-bodied)
Drinkability: Light enough for the sessionability, but with good assertive flavor that is not overpowering
Summary: Rumor has it that the wild rice comes from the local Lac Du Flambeau Indians - I have an email in to the brewer to check the veracity of this story - I will let you know when I know. In the meantime, I was really impressed with this beer. Is it anything more than your typical light lager? Well, a little - it's got a little more flavor and body. But I would put this up with Spotted Cow as a go-to beer for those long-drinkin' nights.
Labels: lac du flambeau, minocqua, wild rice lager