Posted by Anonymous
Email ThisBlogThis!Share to TwitterShare to FacebookShare to Pinterest
A friend sent along this article about America's Best Cities for Hipsters. From its own introduction, one of the strongest factors was the presence of craft beer in the city: "To zero in on the biggest hipster crowds, we also factored in the results for the best microbrews and the most offbeat and tech-savvy locals."

You can go read the article to find out the best cities for Hipsters. Madison, somewhat surprisingly, didn't make the list, but quasi-Madison locales like Denver (though the real hipsters are in Boulder), Austin, and Portland, not surprisingly, are on the list.

I'm more fascinated by this implicit connection between hipsters and craft beer. The so-called "Hipster" is a fascinating sub-genre in contemporary American culture. The Hipster Handbook describes a "Hipster" thusly:


"[Y]oung people with mop-top haircuts, swinging retro pocketbooks, talking on cell phones, smoking European cigarettes... strutting in platform shoes with a biography of Che Guevara sticking out of their bags. ... You graduated from a liberal arts school whose football team hasn't won a game since the Reagan administration ... you have one Republican friend who you always describe as being your 'one Republican friend.' ... A Hipster ideally possesses no more than 2% body fat." 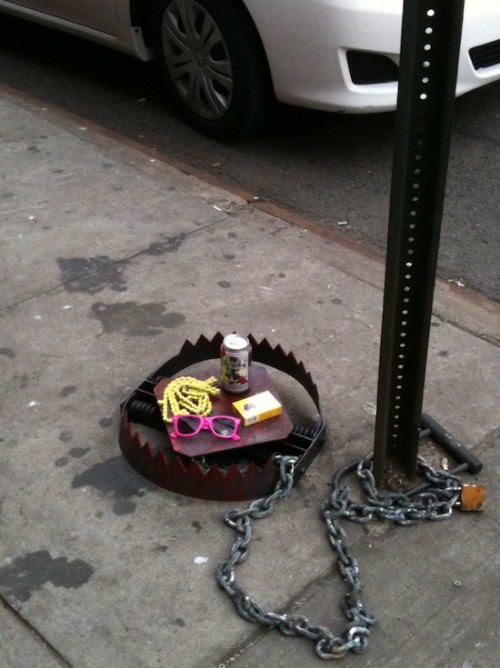 But the "hipster" tag is a strange one. Unlike similar sub-groups, such as "punks", "preps" or "goths", nobody seems to "self-identify" as a "hipster". In other words, the only people that are hipsters are those that somebody else calls a hipster. Indeed n+1 noted this in their symposium called "What was the Hipster":


"I went to n+1’s “What Was the Hipster?” panel discussion at the New School on Saturday but went away a bit unfulfilled. We all had a stake in defining “hipster” as “not me.” ... Like “douchebag,” “hipster” was a name that no one could apply to oneself. But the opportunity to call someone else a “douchebag”: that offered the would-be hipster a means of self-identification by a name one could say, looking outward. In the douchebag, the hipster had found its Other."

The Urban Dictionary says this about Hipsters: "Although hipsters are technically conformists within their own subculture, in comparison to the much larger mainstream mass, they are pioneers and leaders of the latest cultural trends and ideals." This seems to take a much less maligned view of the hipster; they are not cultural wanks and ironic copycats, but rather seek out new and interesting cultural artifacts. Hipsterism often results in anachronistic remixes of culture, to wit: Pabst Blue Ribbon, a quintessential working-man beer, in trendy night clubs. Is this a crass usurpation of goodwill or an intriguing statement on the acceptance of the bourgeois by the effite?

PopMatters' Editor Rob Horning looked to explore this identification of hipsters as modern aesthetes: "[I]s the hipster a kind of permanent cultural middleman in hypermediated late capitalism, selling out alternative sources of social power developed by outsider groups .... Hipsters are the infiltrators who spoil the resistance—the coolhunting collaborators and spies." So, here you have this identification of hipsters as a modality for bringing social power developed by outsider groups to the mainstream. In other words, the whole purpose of hipsters is to assimilate the resistance.

It seems to me, then, that hipsters are necessary for the continued growth of craft beer. What began as a resistance movement, and make no mistake, craft beer began as a resistance movement, is being assimilated by the mainstream. Thus, you have not only an outsider group and cultural identity ripe for appropriation, but it fits squarely into the artistic milieu of hipsters alongside graffiti art, Wilco, and the Underground Food Collective.
Labels: craft, hipster