Beer Sommeliers and Groupthink and Getting A Decent Recommendation

Posted by Jeff
Email ThisBlogThis!Share to TwitterShare to FacebookShare to Pinterest
Slate, the online magazine, (you all know what Slate is? I don't really have to qualify that do I?) recently wrote an article about craft beer. More precisely, Slate wrote about Beer Sommeliers.

One kind of beer sommelier is called a Cicerone, and we've written about them before here at MBR (here and here). The Cicerone Program has multiple levels of certification, much like the Wine Sommelier program. 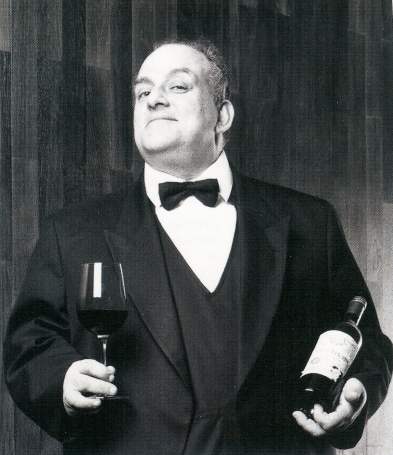 Ah! But sommeliers are so damned snooty! Snooty! I tell you. The petite bourgeoisie, you, have no knowledge of the complexity of wine. The dozens of varietals, the years on French oak (years!), the complexity imparted by aging sur lees.

The great thing about beer? It's made for the petite bourgeoisie. (Can you tell I like using the phrase "petite bourgeoisie"?). It's complex. The processes, ingredients, aging, and souring mechanisms, let alone philosophies that go into producing a fine beer are certainly on par with that weird "biodynamic" shit the wine hippies want to lure you into. But without the damned wine hippies. At the end of the day it's beer.

On the other hand, a good recommendation from someone who knows their stuff can make the difference between a good meal with beer, and a phenomenal food experience. I can tell you that I regularly ask around for beer recommendations. Some places are great (Brian and the folks at The Mason Lounge, for example), some are not so great (if you see me, ask me and I'll be happy to rail against some not-so-great local establishments - and one's with "good" beer lists, too). I've had a lot beer that I would have never tried without a recommendation and a lot of places that I'll never go again because of a bad beer recommendation.
One of the problems, as I see it, with the beer universe (and I point my fingers at the most well-traveled of beer recommendation engines BeerAdvocate and RateBeer) is that the results are so damned boring. And, the result is always Russian Imperial Stout, Imperial IPA, or La Folie. The groupthink that creates those reviews and recommendations would never recommend the perfect crisp Helles Lager, a subtle Belgian Blonde, or a rough and tumble Porter, let alone the Zwickelbier that the Slate journalist experienced. Many bars hire fans of beer, those that read and participate on BeerAdvocate and RateBeer and get drawn into the groupthink there; but few bars and restaurants hire bartenders that can actually demonstrate any real knowledge of the stuff that sits in the tap.

While I'm happy to see the taplists are getting better (many of the new restaurants popping up have at least serviceable, and in some cases great, beer lists), the knowledge needs to come along with it or the opportunity is wasted. I'm constantly frustrated by good restaurants that pride themselves on good drinks and great wine lists that offer nothing better than Amstel Light for quality beer to pair with quality food. But, then I think, that even if they offered great beer, the offer would be meaningless anyway, because they don't have anyone who knows what the hell they're talking about.
Labels: cicerone, sommelier