At Least It's Not A Hop Shortage

Posted by Anonymous
Email ThisBlogThis!Share to TwitterShare to FacebookShare to Pinterest
BeerAdvocate pointed to some articles mentioning that barley production in the United States is down. This year only 450,000 acres were recorded in North Dakota, one of the top barley producers in the country. 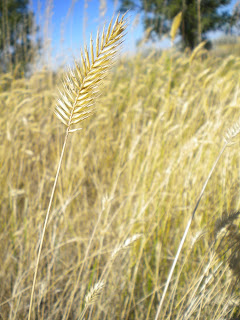 Wet conditions (since 1993!) have slowed the production of barley in North Dakota as elsewhere. This is just one indicator of weather fluctuations that make malting barley difficult to produce.

Malting barley has a pretty healthy profit on it. Producing feed barley is barely break-even. As a quick aside: malting barley has very specific requirements in terms of grain size and quality. If the grain does not meet these requirements, it cannot be used as malting barley, it can only be used as feed. Obviously, the farmer doesn't (can't) know if the planted field is of sufficient quality until it is ready to be harvested.

However, given the wide fluctuations in weather, the risk of a field of feed barley is greater than it has been in years. This risk is not compensated by the price spread (the difference in price between malting barley and feed barley). Put simply, farmers have stopped producing barley because it is too risky; its low-end is not profitable enough and its high end isn't high enough.


[Another] of the things working against the crop: Barley, which isn’t a genetically modified commercial crop, competes with crops such as corn, soybeans and canola that receive substantial investment from the private biotech seed sector ... .

In other words, Dow and Cargill have vested interests in research in corn and soybeans; they have no such vested interest in barley. Thus, these competing crops (from the farmer's perspective) have had much of the risk genetically modified out of them. Barley, on the other hand, remains un-modified and risky. If an interested entity, say Anheuser-Busch or Miller were to sponsor barley-related research perhaps some of this risk could be eliminated and farmers would be willing to plant barley.

However, AB and Miller have no such interest - they have contracts going out for a number of years to obtain their barley requirements. Indeed, the industry is going in this direction; production is mostly limited to only that directly under contract. In agricultural terms it has become a "specialty crop."

The reduction in barley production will hurt domestic craft producers who don't have the negotiating power to obtain such requirements contracts. Chalk this up to another benefit Goose Island receives by having its corporate overlord. However, if brewers were to team up for such purchases, either through a Brewers Guild, or some ad hoc (or formal) purchasing group, it might be possible to ensure that the group's access to barley is not so restricted.